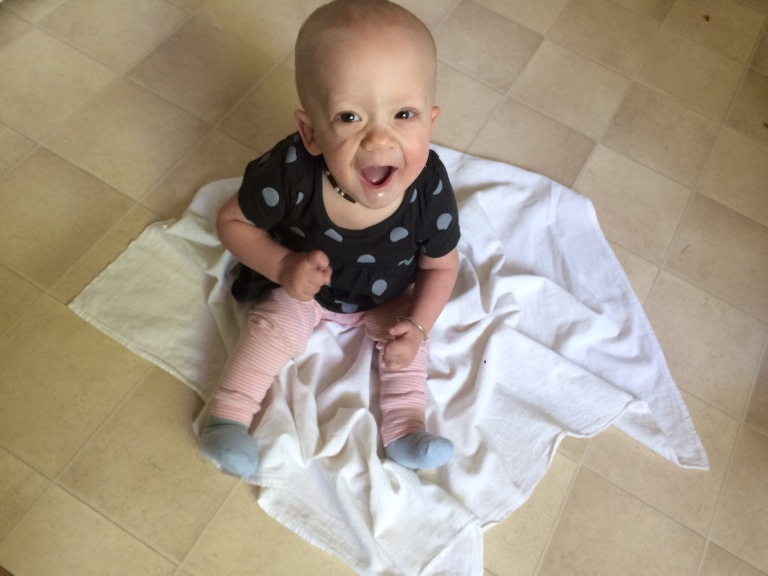 I know it’s been a long time since I’ve posted but we’re really packing it in this month! We’ve had 2 birthdays, a trip to Cincinnatti, end of school activities, and that’s not to mention a trip to Evansville, our anniversary, preparing to sell our house and moving still on the agenda! I’m adding pictures below.  🙂

In medical news, the doctors want me to get Mary on a blended diet (putting blended food through her tube instead of formula) so we’ve been working on that. We also had an appointment with the cerebral palsy team at Cincinnatti Children’s Hospital where I was disappointed to hear that they think we should do genetic testing and that we still haven’t ruled out metabolic disorders. The metabolic testing Mary has had so far is really just the tip of the iceberg apparently. They said that we’re doing all the right things, though, so we will just have to continue plugging away without knowing exactly what is wrong. 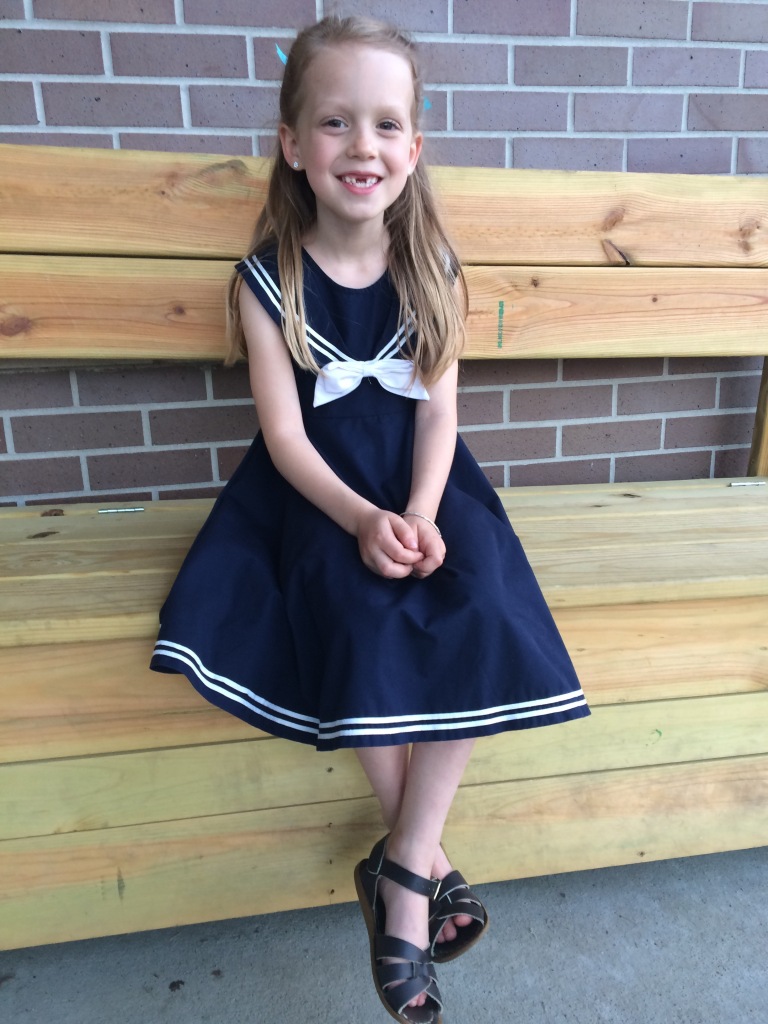 Brie before her spring concert. She also lost her 2 front teeth this month! 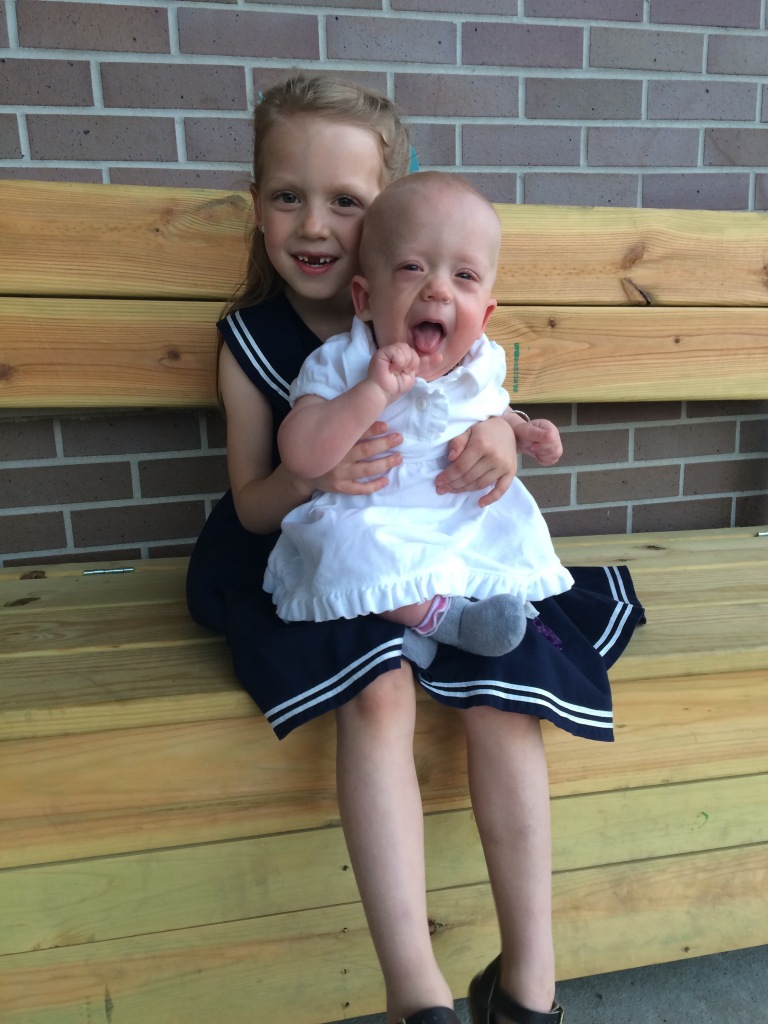 Mary’s poor eyes seem to be having a hard time adjusting to the brightness of being outside now that it’s nicer and we’re outside more. This is her trying really hard to open her eyes! 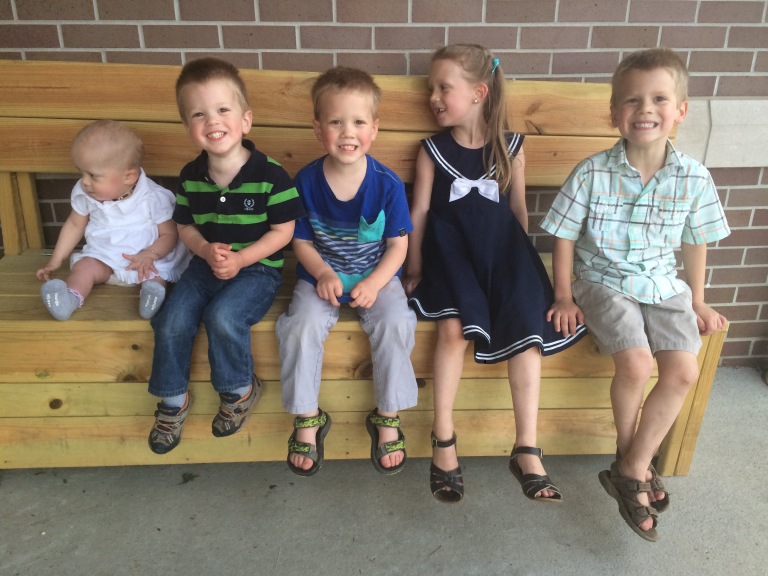 Everyone after the concert 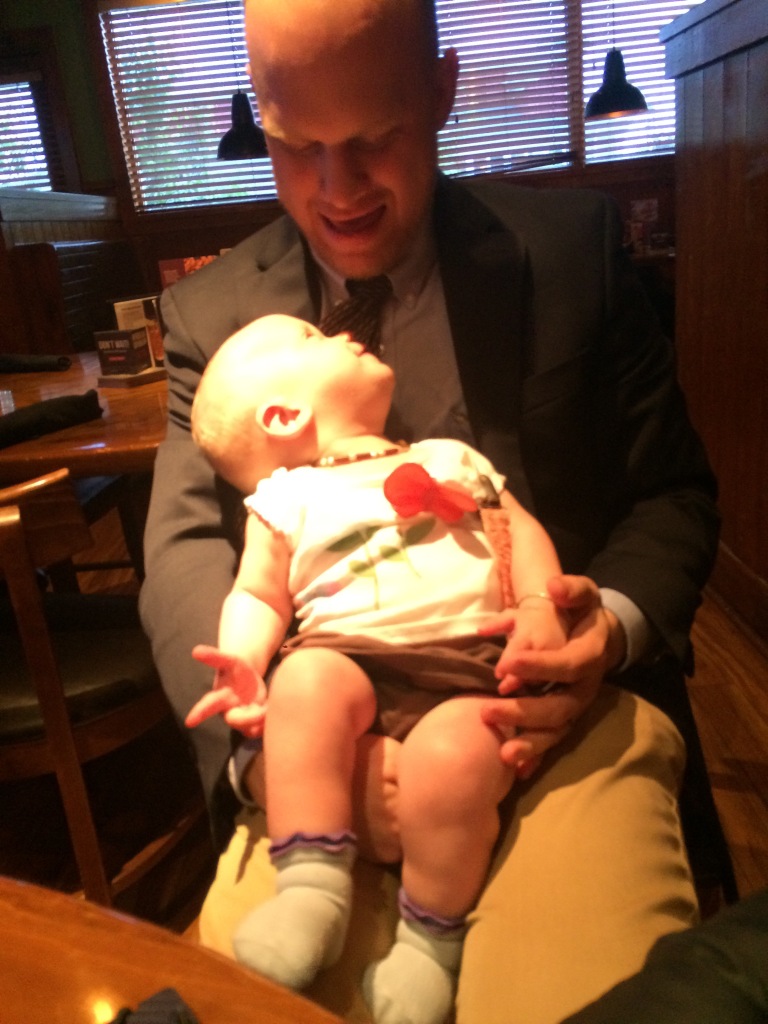 We went out for dinner on my birthday. This isn’t a great picture but I love it anyway because it shows how much Mary loves her daddy! 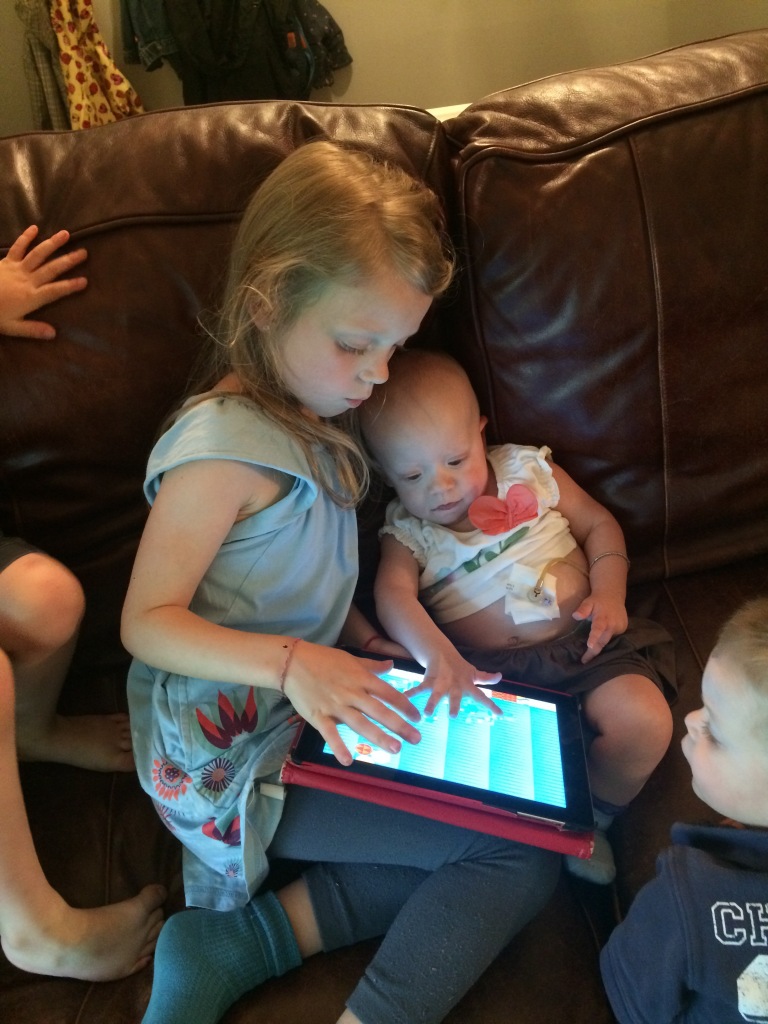 The other kids all like to help Mary. A lot of toys are too big/heavy/loud for Mary to play with, but we’ve found a couple games that work well for her on the iPad. Yes, that’s her feeding tube showing under her hiked-up shirt. 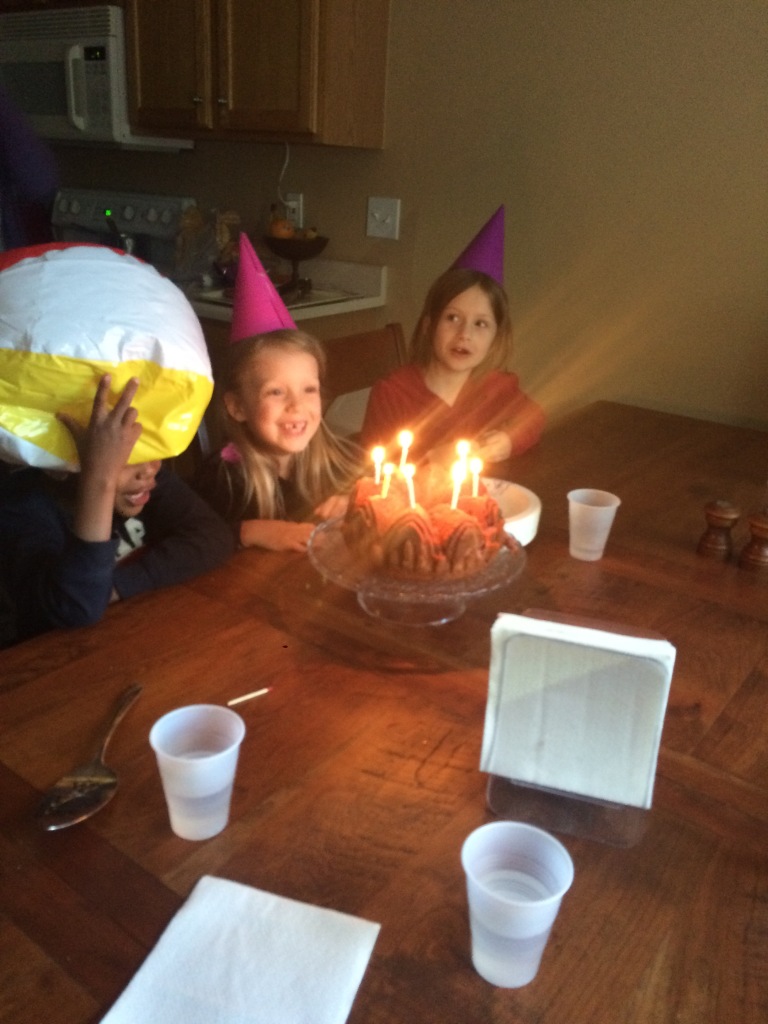